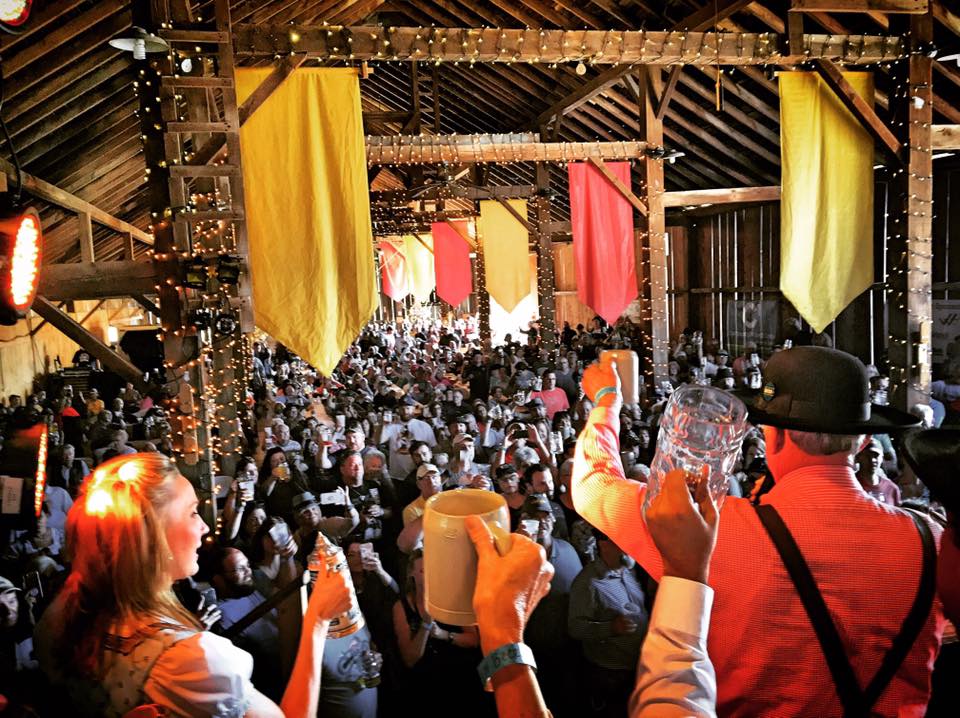 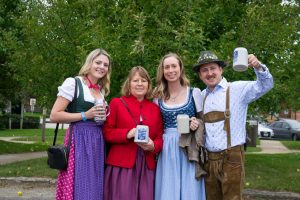 Oktoberfest in the Amana Colonies has been celebrated since 1965 and while not as old it certainly is just as fun. One of the longest running festivals in Iowa, it features special events, food, and music all with an authentic German flare.  Exactly what you would expect given our heritage.

Ceremonial Tapping of the Keg
The Bavarian style fun begins with the Ceremonial Tapping of the Keg on Friday in the historical Festhalle! An Oktoberfest tradition and one you don’t want to miss begins at 2 PM. This ceremony is carried out by the Burgermeister, who leads the keg procession from the brewery to the Festhalle Barn and Oktoberfest grounds. When he arrives, the official first keg of the festival is tapped, and those that formed the parade enjoy a free beer while the first keg is drained. As the beer is flowing, the song Ein Prosit is played, and if you stick around long enough, you will learn the words and know them by heart very quickly! 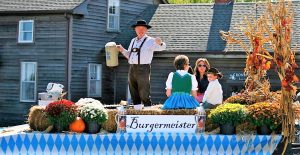 Parade
Saturday starts with a Parade at 10am, featuring creative themed floats from lots of local businesses & groups. Make sure you watch, and pick out your favorite float! 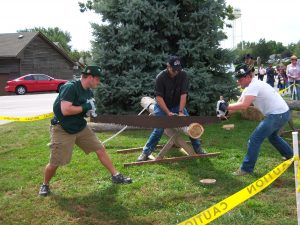 Do you have a competitive side?
Take part in our fun and unique games, which we take very seriously, and they are also seriously fun! Whether you are a seasoned champ, or an eager new challenger, step on up! 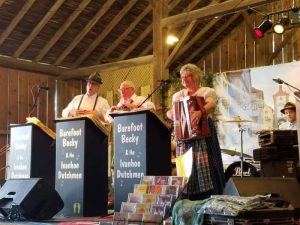 Every day you will hear different traditional German music, from bands that travel in from all over the states. This festival is all about our German food, and nothing is more German than our own Amana Bratwurst.  Made just down the street at the Amana Meat Shop – you’ve got to try one or several.

From the music to the food to the ambiance this event is truly unique.  And to be any more German you’d need to get on a plane and fly to Munich! Visitors and local folks dressed up in their traditional German dirndls and lederhosen, it truly feels like you’ve been transported to Bavaria.

We have something for everyone, beer stein holding contest, pretzel tossing, brat eating contest and more. Test your skills in the keg toss and see how far you can toss a keg from one end to another! This festival is something that you don’t want to miss out on, and will make memories for years to come. Look below for our schedule of events, along with a band schedule. Join us in the Amana Colonies for some Bavarian fun, Prosit!