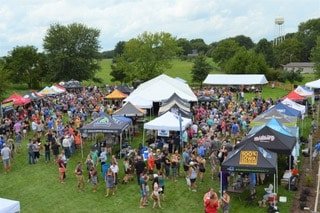 Unlimited Beer Tastings from 50+ Iowa Craft Breweries & the Surf Zombies Band! Tickets are on sale now for the 2021 IOWA CRAFT BEER BASH at Millstream Brewing Co.. This is a BEER BASH of Epic Proportion! You get an Iowa Beer Bash souvenir glass, four hours of unlimited tastings from 50+ best breweries in Iowa, music by the Surf Zombies and more. Mark your calendar for September 5th from 1-5pm. Buck Creek Distributing will host the event in beautiful Amana, Iowa at Millstream Brewing Co., 835 48th Avenue.

Tickets to the Craft Beer Bash are LIMITED and will SELL OUT. Get your passes now for this 21+ event at:

A portion of the proceeds from this event will go to the Iowa Children’s Cancer Connection and the Iowa Brewers Guild.