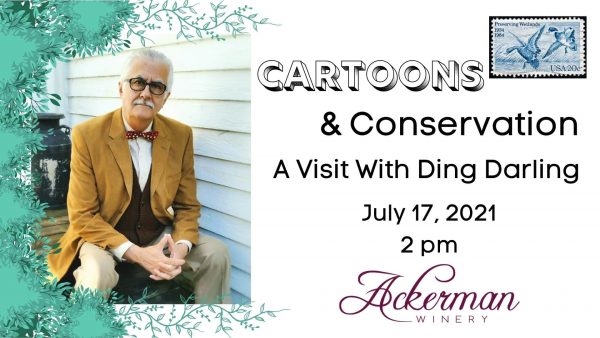 In this hour long presentation presented by actor Tom Milligan, Jay N. “Ding” Darling visits with the audience in his 11th floor office at The Des Moines Register. Beginning with his early years in Sioux City, where he became aware of the natural world around him, as well as his developing skills as an editorial cartoonist, he reflects upon his remarkable life journey. His story continues to include 2 Pulitzer Prize winning editorial cartoons for The Register, and a remarkable career as a nationally known conservationist. From the introduction of The Duck Stamp to the creation of the National Wildlife Federation, Darling’s influence was felt, not only through his cartoons, but through his actions as well. Considered by many to be one of the most influential members of the modern conservation movement in the first half of the 20th century, the impact of his work is still felt today.
This presentation is free to the public. Seating limited.