American Dreamer: The Life and Times of Henry A Wallace at Ackerman Winery 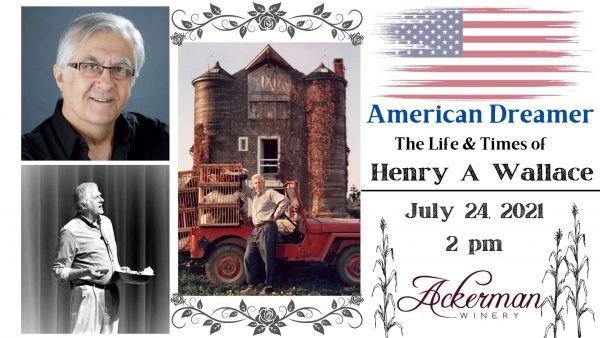 In this one act play based on the award-winning book of the same name by Senator John C. Culver and John Hyde,
actor Tom Milligan portrays Henry A Wallace, the agricultural innovator and founder of Pioneer Hi-Bred Seed Corn Company, who also became US Secretary of Agriculture, and later Vice President under Franklin Roosevelt. Admired by many and later branded as a Socialist during his controversial 1948 campaign for the presidency, Wallace always held out a vision for the future.

This performance is free and open to the public. Seating limited.